wood-fired stoneware, denim, cotton from a worn pair of pants, and metal

wood-fired stoneware, denim, stretch denim from a worn pair of pants, and metal

Geary is pleased to present “Everything Speaks”, an exhibition of new paintings and sculptures by Ben Dowell and Kristen Jensen.

Jensen’s sculptural works create all together new systems: her hand-built ceramic vessels command the soft plinths on which they rest while paradoxically the fabric threatens to subsume the vessels. The linen substrates of Dowell’s paintings are systematically laden with oil paint using one brush, only to have the material quality of the paint upend the geometric nature of the painting with fugitive oil staining.

Occupying a generational perspective, the artists have an earnest engagement of history and materials. They create within a realm of doubt and embrace the healthy “reversed faith” of skepticism. The resulting objects resonate  with an inarticulate presence that are suspended in a moment of pre language, not destined to become sedentary as facts and understandings.

Dowell and Jensen share a sensitivity of material and a natural propensity for the awkward and overwhelming.  Although formally differing, they use material towards their literal collapse, while simultaneously acknowledging the inescapable ideals of transcendence and expression within the mediums. What results are objects full of contradictions, whose nature serves to expand the interpretations and experience of viewing the work. It's a position that stems from and simultaneously manifests anxiety.

Ben Dowell lives and works in Queens, NY. He has exhibited his work extensively in the US and internationally, highlights include CANADA gallery (NYC), Safe Gallery (Brooklyn), Regina Rex (NYC), Praz Delavallade (Paris), and Galleria Alberto Sendros (Buenos Aires). His work has been discussed in publications such as the Brooklyn Rail, the Miami Rail, and Hyperallergic.

Kristen Jensen lives and works in Brooklyn, NY. Recent shows include a solo exhibition, "Lighter, Later" and performance "Some Grace ll" at 17ESSEX in New York City in the summer of 2017, and exhibition of works and the performance "Power Ballad" at NADA NY 2017. She has also exhibited domestically and internationally at Simone Subal, Wallspace, Nicelle Beauchene, and Bortolami Gallery among others. Jensen was an Abrons AIRspace resident in 2016-2017, and an AIR at Shandaken Projects at Storm King in 2016. 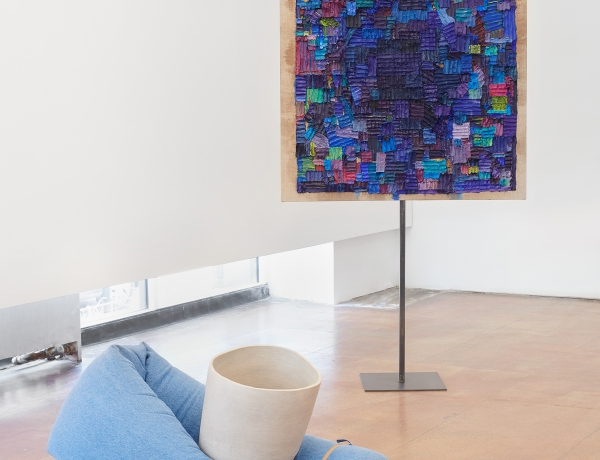