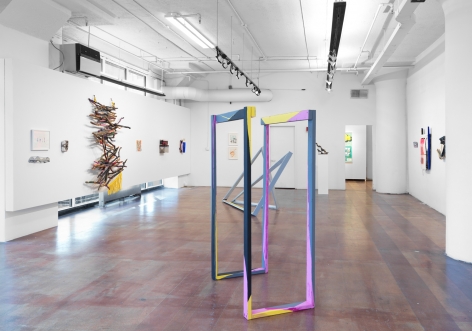 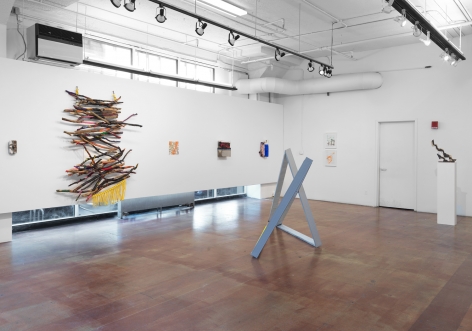 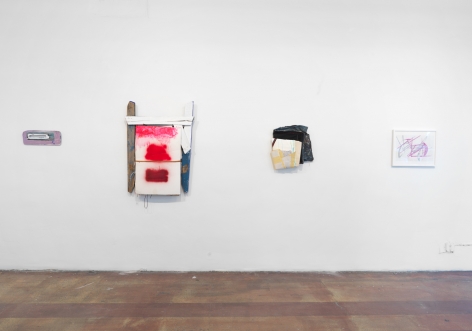 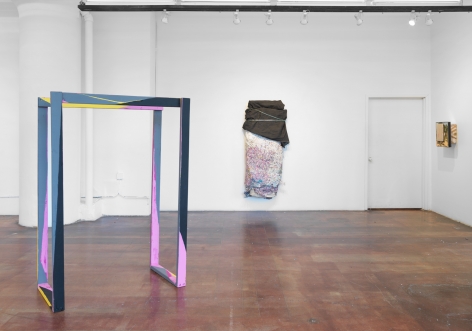 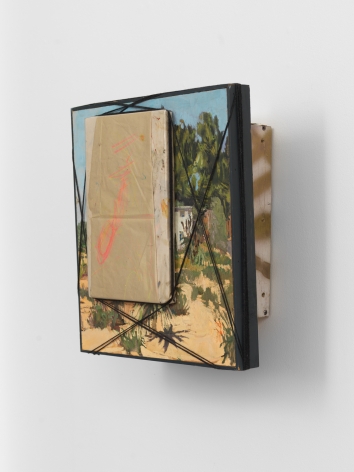 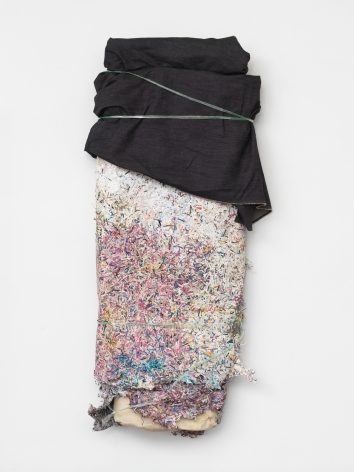 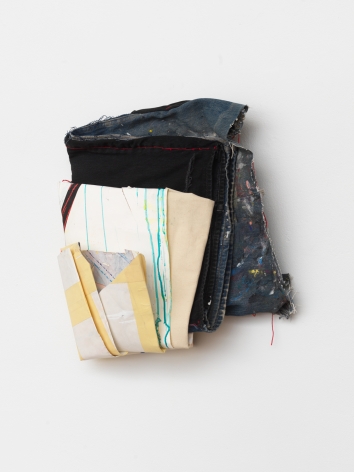 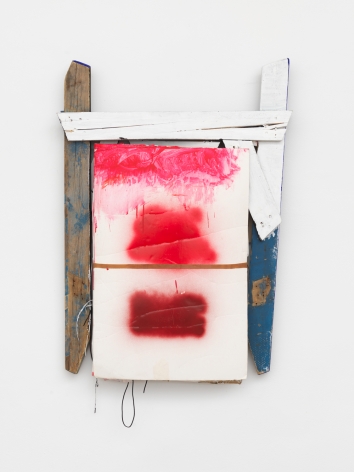 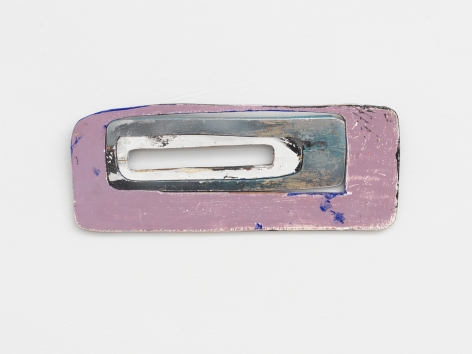 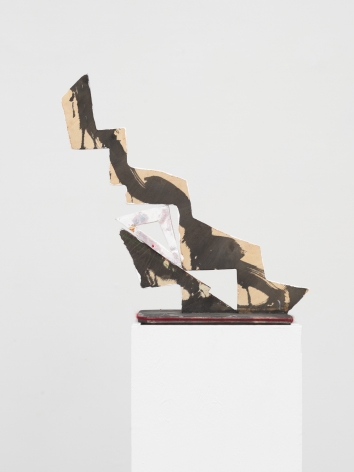 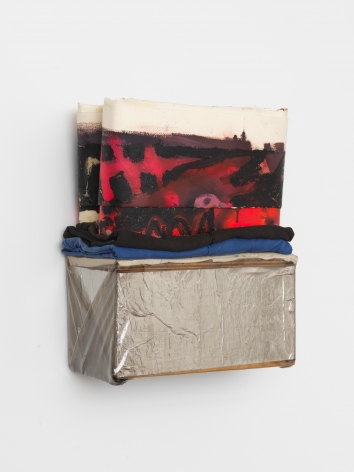 Geary Contemporary is pleased to present FOUNDATION, a solo exhibition of recent work by David Goodman on view November 2 – December 8, 2017, where the artist continues his practice of mapping personal history using pattern and form.

In this body of work, Goodman establishes a direct link to the beginnings of his own visual language. He transforms decades worth of his own drawings, torn t-shirts, and indeterminate painted landscapes into small works that unfold into a coherent, if chaotic, present. While most work in the show is presented on an intimate scale, two larger sculptural works in the gallery are presented as ritual object, inviting viewer participation and marking the passage of time as calibrated by events, phases, cycles, and moments.

Goodman's frequent act of recycling his own work is not an aggressive or destructive gesture, but rather a slow process of filtration. He methodically distills his work over time, discarding sentimentality and heeding prophetic impulses that direct his practice towards its next landmark. In doing so, Goodman invents his own glossary of aesthetic motifs and expressions, building a human archive as messy, raw, and layered as his own complicated history.

David Goodman lives and works in New York, NY. He was a 2014 Whitney Biennial participant with Critical Practices Inc., and has been featured in recent New York exhibitions at Anya and Andrew Shiva Gallery (2017), LaunchF18 (2014), the Bronx Museum of Fine Arts (2013), and New Museum (2012). His work has also been shown at District Foundation, Berlin (2012). Goodman is a Bronx Museum AIM Fellow (2012), a Post-Studio Tales residency-as-exhibition recipient (Berlin 2012), and BoxoHouse Resident (Joshua Tree, CA 2012). He has curated shows at the Judd Foundation and Skowhegan School of Painting and Sculpture, as well as Will Corwin’s solo show Champollion at Geary Contemporary (2016). He has served as a Visiting Artist/Critic and Adjunct faculty at numerous institutions (RISD, Rowan University, Pratt, SVA, and Residency Unlimited). Goodman previously presented a solo exhibition at Geary Contemporary (2015) and participated in the group shows Spielplatz (2017), which he co-organized with Will Corwin, and Barely There (2014), curated by Vadis Turner. This is his second solo show with the gallery.